I had the great pleasure of catching the Danny Lyon photography exhibit at the Whitney museum in NYC. Lyon was a Brooklyn kid who attended the University of Chicago and shot a lot of his best work around Chicago. He's most famous for his series "The Bikeriders" and also a short series on Uptown Chicago in the early 60s. Just a quick note - the history of Uptown includes a large Hillbilly contingency(I think there might be one honky tonk bar left.) You know who told him to shoot in Uptown? Hugh Edwards, famous Art Institute of Chicago photography curator and professor. He's mentioned in the exhibit at the Whitney. You know who else was Edwards' student? The late Helaine Garren, who captured the outside world of Bensinger's pool room and my father in 1972. Hugh Edwards was so taken with Helaine's work that he purchased a large stack of her photos. Danny Lyon is known for capturing "outsiders" in America, and you know what, Helaine Garren, a peer of his, achieved the very same damn thing with pool hustlers. Here's a photo from the Lyon's show(on its way to San Fran next) called "Navajo Boy." Once I saw Hugh Edwards name up at The Whitney, and saw this pool photo, I felt Helaine with me and that I owed her so much for teaching me about photography and the great Danny Lyon of which she was a huge fan. Can we all agree that Helaine Garren and Danny Lyon are on par with one another? That Helaine deserves her own, "aha" moment, even if it only arrives after her passing? Helaine Garren is the High Art Godess of Pool and deserves proper recognition. In honor of her New Year, I pledge to keep educating the world with how remarkable she was, and how special, alive and important her gorgeous works of art are. She deserves her own Whitney show, her own book and her own acknowledgment. It's her time. I just wish it had come sooner, but, thank god, art is forever...Danny Lyon's excellent photograph, "Navajo Boy" is on the right, Helaine Garren's photograph of my late father and Peaches is on the left. They're side by side like they should be - peers...XXOO 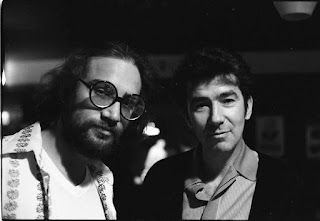 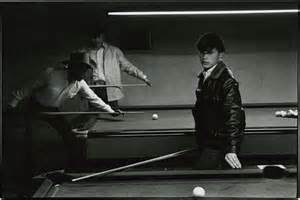 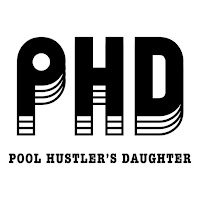 Catherine "Cat" Bentivegna Adami, daughter of late Hall of Fame pool player and author of The Encyclopedia of Pool Hustlers, Freddy 'The Beard' Bentivegna, grew up a Pool Hustler's Daughter on the near north side of Chicago. She has a degree in History from Tulane University and attended NYU for Fiction writing and The Writer's Hotel for Non-Fiction. Her novel, On Elizabeth Street, a romantic comedy set in NYC's Nolita neighborhood, published in 2016. The Epitome of Cool, an article about her father, was the cover article of Billiards Digest in 2014. She performs at Open Mikes and is currently penning her memoir, My Life in the Gulag. You can follow her on Instagram